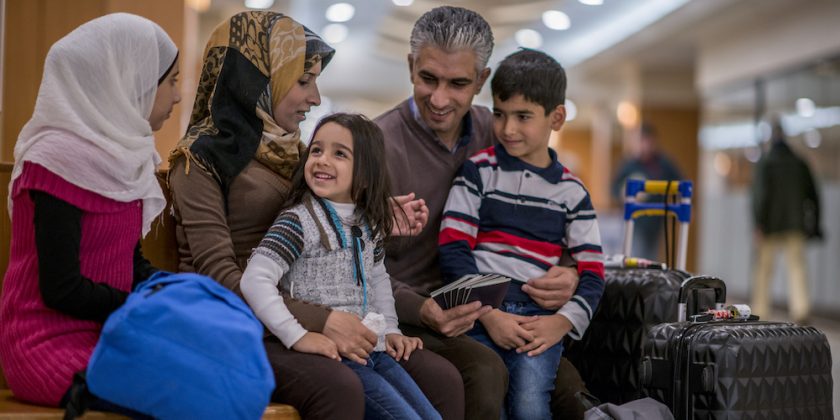 Switzerland will be the first country to place asylum seekers in different parts of the country using artificial intelligence.

Switzerland is embracing innovation in its response to the global refugee crisis. Beginning this fall, the Swiss State Secretariat for Migration will test a new, data-driven method for assigning asylum seekers to cantons across the country. Asylum seekers in the pilot program will be assessed by an algorithm designed to maximize their chances of finding a job. The algorithm will allow officials to send individuals to the canton that best fits their profile, rather than allocate them randomly, as under the current system.

The program will then follow these asylum seekers over the next several years, comparing their employment rates to those of others who entered the country at the same time. It will include two thousand people, half placed in cantons with the guidance of the algorithm and half placed randomly. The algorithm’s recommendations take into account constraints such as the limited space in a canton, and placement officials make the final decision in each case.

The placement algorithm was developed by the Immigration Policy Lab (IPL), which has branches at Stanford University and ETH Zurich, and an affiliated researcher from Dartmouth College. IPL researchers aimed to give countries around the world a tool to improve refugee integration that could easily be implemented, at low cost and without overhauling their existing systems. Their first step: harnessing many years of underused data on refugees and their outcomes.

The historical data used to develop the algorithm for Switzerland included information on where refugees were sent, whether they found work, and their age, country of origin, gender, and time of arrival. The algorithm uses this complex history to calculate refugees’ probability of employment at each possible resettlement location, and then allocates them in a way that gives each person the best possible match. In Switzerland, only 15 percent of refugee arrivals from 2013 found a job within three years. Using the algorithm could have increased that to 26 percent, according to initial tests on the historical data.

As these results show, refugees’ destination can be highly consequential for their long-term integration and quality of life. “It’s important to carefully test and refine the algorithm before implementing it at a large scale, so the Swiss government’s decision to pilot this approach is a natural next step”, says Kirk Bansak, an IPL data scientist and Stanford PhD student who co-developed the algorithm.

To implement the algorithm, the IPL team designed a customized software and user interface for placement officers. The beta version of the software provides a seamless way to integrate AI into the assignment process, and it can be adapted to work with any country’s unique data and allocation systems.

If successful, the pilot program could point the way toward a solution that improves refugees’ lives and helps Swiss cantons and cities make the most of their resources at a time when asylum applications are projected to remain high. “The Swiss State Secretariat for Migration is taking an essential step toward breaking new ground in refugee integration policies”, says Joëlle Pianzola, IPL’s executive director at ETH Zurich. “We are grateful for their partnership and look forward to setting it in motion.” The results could also encourage other countries to take a data-driven approach to refugee integration—for example, furthering the effort by using the IPL algorithm to improve outcomes beyond employment.

In addition to the Swiss program, IPL is working with the International Rescue Committee and Lutheran Immigration and Refugee Service to design and implement a pilot of the algorithm in the United States. Both resettlement agencies are committed to responsibly incorporating AI into the refugee placement process, beginning with a rigorous evaluation before the technology is adopted at scale.

As IPL works with these partners to put its innovation into practice, the project’s progress is fueled by Stanford’s Institute for Research in the Social Sciences; a Human-Centered Artificial Intelligence Seed Grant, awarded by the Stanford AI Lab, Stanford School of Medicine, and Stanford Graduate School of Business; and Schmidt Futures. The IPL team is actively pursuing further funding to bring these solutions to new parts of the world affected by the global refugee crisis.