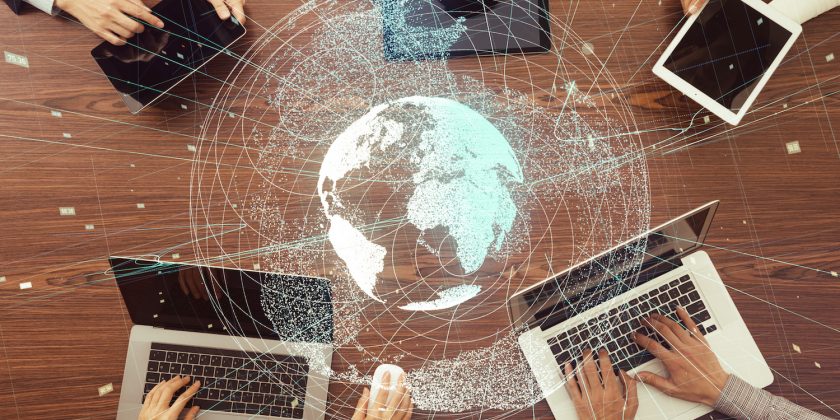 The Origins of a Breakthrough Technology

Imagine two refugees, Ammar and Zamir. They grew up in the same Iraqi town, attended school together, and went into similar trades. After war broke out, they were forced out of their homes, spent several years in a refugee camp, and were resettled in the United States—Ammar in Fort Lauderdale and Zamir in Denver. Then their paths diverge: Ammar lands a job in construction, takes pride in his work, and looks forward to advancing. Members of his crew help him acclimate and pick up English, the local Muslim community receives him warmly, and gradually he rebuilds his life. Meanwhile, Zamir struggles to find a match for his skills, languishing in unemployment for a year before finding work as a dishwasher. He remains socially isolated and discouraged, ultimately doubting his future in the country.

Right now, experts around the world—in pretty much every country that has seen an influx of refugees and asylum seekers in recent years—are puzzling over stories like these. What can be done so that refugees’ lives after resettlement look more like Ammar’s than Zamir’s, and what made the difference in their trajectories?

There’s an emerging consensus that place matters: whether or not refugees land on their feet may hinge on where they are resettled within the host country. But there would be plenty of disagreement about why Ammar thrived in Fort Lauderdale while his counterpart foundered in Denver. The local job market was decisive, some would say, while others would argue for the power of social networks, the mix of industries, ethnic diversity, affordable housing, or any number of other factors. And the truth is, it might be impossible to pin down the “why”: the ways refugees’ personal characteristics interact with local conditions are intricate and nearly endless.

But what if you didn’t need to know how these synergies work in order to improve the lives of future refugees? With the right tool to find patterns in vast troves of data, governments and resettlement agencies could make the best matches possible—not just for a lucky few but for every resettled refugee.

Stanford professor Jens Hainmueller has devoted much of his career to making just that sort of tool. A political scientist who specializes in statistical methods and political economy, Hainmueller recalls the chilling moment when he realized that his own field had an important role to play in the global refugee crisis.

His hometown of Freiburg, Germany had seen a rash of violent attacks on refugee shelters, and he began thinking intently about what the country would need to set refugees up for success and ease social tension. The first thing, he thought, and the most lacking, was data and evidence about what works and what doesn’t.

He co-founded the Immigration Policy Lab (IPL) at Stanford to address that need. Early on he took a team to Washington, DC to convene a workshop with people whose work is shaping the country’s response to the refugee crisis. Gathered in the room, many of them meeting for the first time, were members of the State Department’s Bureau of Population, Refugees, and Migration, the Department of Health and Human Services, and the various nonprofits that place refugees around the country and help them adjust.

It was frustrating, they agreed, to have so much responsibility over the course of refugees’ lives but then know so little about how they are faring and whether the system is working. The placement officers, who decide where to send incoming refugees, debated whether urban, rural, or mid-sized town locations work best. But they weren’t drawing on hard data, just anecdotal evidence backed by different reasoning. By the end of the meeting, the group had given Hainmueller and his IPL colleagues a mission: tell us how we can improve the process by which refugees are allocated to locations around the country.

“The United States runs the world’s largest resettlement program, bringing refugees into the country and giving them a chance to escape persecution and start over,” Hainmueller says. But how can we, through the best possible policies, ensure that refugees become productive citizens who can contribute to society and the U.S. economy?”

Working with Dartmouth professor Jeremy Ferwerda, who was also examining the role of place in shaping refugee outcomes, Hainmueller delved into the available data, which notes whether refugees were employed 90 days after arriving in the country. The analysis soon revealed clear patterns: certain locations worked better for certain kinds of refugees than others. Depending on one’s background, one place might especially reward one’s strengths; meanwhile, traits that could be a liability in one place could become less detrimental to one’s prospects in another.

With that insight, Hainmueller realized the potential for an algorithm to apply the data’s lessons to incoming refugees. He called in Kirk Bansak, then a grad student and IPL’s resident data scientist, and together they worked out the math of the problem, translating it into code. 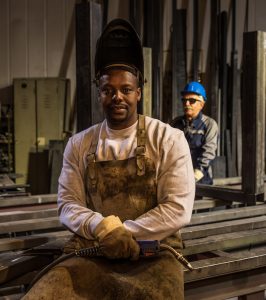 Would the algorithm work? Hainmueller and Bansak didn’t need the placement officers to actually use it to find out. Just as one would backtest an investment strategy, they ran the algorithm on historical data. To train it for use in the United States, they used data on more than 30,000 refugees, aged 18–64, placed by a major resettlement agency from 2011­–16. Then they asked the algorithm to assign optimal locations for refugees who arrived at the end of 2016.

The gains were striking: compared to the actual historical outcomes, the median refugee was more than twice as likely to find a job if placed by the algorithm. When they repeated the test in the context of Switzerland, the gains were even greater: had asylum seekers in that sample been assigned to the algorithm-identified, optimal location, their employment rate would have been 73 percent higher, an increase from 15 to 26 percent.

With those results, the IPL team found government partners eager to test the algorithm in the real world. Switzerland was the first to launch a pilot program, and there is strong interest in running similar tests in the United States and the Netherlands. In Switzerland, the program will include two thousand people, place half with the guidance of the algorithm and half randomly, and compare their employment rates over the next several years.

The algorithm’s potential is all the more remarkable when compared with other possible interventions—like language instruction and job training—that, while essential, can be costly, logistically challenging, and difficult to scale. “Algorithmic assignment is a rare policy reform that could deliver dramatic improvements at almost no cost,” Hainmueller says.

It can also improve over time. Because the algorithm constantly mines updated data on refugee outcomes, it will respond to changing conditions at each resettlement location in order to optimize matches. And it can easily be adapted for use in any country with some customization of the software.

“Our goal was to develop a tool that not only worked well but also was practical from a real-world implementation standpoint,” Bansak says. “By improving an existing process using existing data, our algorithm avoids the financial and administrative hurdles that can often impede other policy innovations.”

The team looks forward to seeing the algorithm implemented in other parts of the world where governments are struggling to respond to migration’s challenges, like South America and Africa. They’re also working on incorporating refugees’ preferences into the algorithm, as well as adapting it to give immigrants recommendations on where to settle.

Already, the project is taking its place as part of a broader innovation agenda linking IPL with groups around the world bringing technology to the global refugee crisis. Hainmueller is optimistic: “Machine learning has the power to reshape our approach to some of society’s greatest challenges. If we can marshal some of that in service to refugees and the countries working to support them, we can make a difference.”