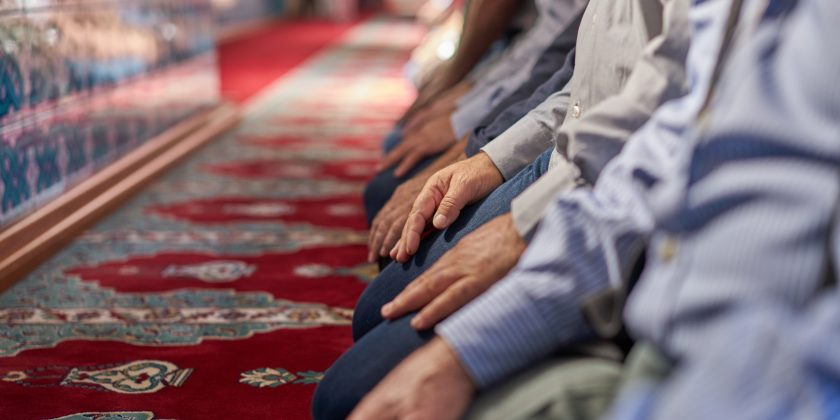 Rafaela Dancygier, associate professor of politics at Princeton University, is a faculty affiliate in Stanford’s Immigration Policy Lab. Her first book Immigration and Conflict in Europe (Cambridge, 2010) examined, at the city level, when immigrants collided with the police, and when native populations collided with immigrants. She underlined the importance of local economic conditions and immigrants’ political power to understand who most felt threatened by immigration waves, and when threats would turn to violence.

In her just-published second book Dilemmas of Inclusion: Muslims in European Politics (Princeton 2017), Dancygier turns her attention to attempts to incorporate Muslim immigrants into legitimate electoral politics. This turns out to be no easy task for established political parties, creating for them the very dilemmas of inclusion in the book’s title. In this interview with the Lab’s co-director, David Laitin, Dancygier links her two books into a unified research program, and elaborates on inclusion dilemmas, especially in regard to gender politics.

David Laitin: You wrote this excellent book, which dealt with the levels of violence between immigrants and police or natives in Europe. Were there any questions or ideas or problems from that project that motivated you to write Dilemmas of Inclusion?

Rafaela Dancygier: Yes, that was the case. In my first book one of the things I found out was that it mattered a great deal whether immigrants had electoral power at the local level. What I noticed but didn’t discuss much in that first book was that the way their electoral power was maintained was very much based on ties of kinship, ethnicity, and religion—in ways that we don’t associate with advanced democracies and certainly not with European cities. We’re much more likely to associate that phenomenon with places like India and Africa.

But what we see today in many European cities is that what some would call “premodern” bonds of co-ethnic association can matter quite a lot when it comes to winning elections. It’s something I wanted to explore much more, and it applies mainly to Muslim communities in Europe today, people coming from rural areas of Turkey, Morocco, Pakistan, and elsewhere.

The second book dwells on this a lot more than the first. But what’s new in this book is the emphasis on dilemmas of multiculturalism: the notion that liberal democracies, though they tend to be inclusive and accommodating of diversity, sometimes have difficulty dealing with groups that are internally illiberal.

DL: As I read it, the UK’s Labour Party faces the most serious dilemma of inclusion. Can you describe the two horns of that dilemma for the party?

RD: It’s a dilemma for the Labour Party, to be sure, but also for the left in Western Europe overall. In the past, among Labour and left-leaning parties in general the core constituency was the working class. But for the past several decades, these parties have also been sustained by a middle-class coalition, voter groups that care about diversity, gender equality, LGBT rights, and so on. But these groups are progressive and secular in ways that Muslim communities in Europe really are not. Muslim communities are much more religious, socially conservative, and patriarchal when it comes to gender norms.

Normally this group of cosmopolitan progressives favors diversity, but they have some qualms about including Muslims because Muslims are much less progressive on these fronts. So the trick for the left in Europe today is to build a coalition that consists of these progressive voters, on the one hand, and the not-so-progressive Muslim voters, on the other.

As it happens, it is the most socially conservative members of Muslim communities who are really good at delivering bloc votes and generating voter turnout. Moreover, these more conservative and religious communities are often geographically concentrated in certain cities and electoral districts. In these areas, parties risk losing elections if they don’t recruit the Muslim vote. So that’s the challenge these parties face: often they have to rely on Muslim communities that are extremely socially conservative and religious to win elections, but that can alienate  cosmopolitan voters, even though these voters typically embrace immigration and diversity.

DL: You start the book off with a stunning description of a local political rally for Labour in a Muslim neighborhood, where the seating arrangement had separated the women from the men. This brought outrage from many core Labour voters, and you might say, delight by the Conservatives, who were able to exploit this within the party. How did Labour handle this?

RD: I would say not well. The funny thing is, afterward Labor spokespeople said that in previous times women were not even part of these meetings at all. This is the first time, they said, that we’ve been able to get women there, but the only way we were able to do this was to have segregated seating.

In some ways this is a monster the Labour Party created. And it’s not just an issue in the UK, though it’s particularly stark there because it has been going on for such a long time; we see this in other European countries as well, such as the Netherlands and Belgium. Over the past several decades, the Labour Party and to some extent also the Conservative Party have relied on community leaders within the Muslim population to drum up ethnic votes and to deliver votes in ways that have nothing to do with the party platform. The party has relied on elements within the Muslim community that are not necessarily representative of Muslims as a whole but instead representative of the enclaves. Now the party has to figure out how to make sure not to appear as though it were supporting the norms that are being practiced in those communities.

DL: One of the unusual aspects of this book is that it looks like it started out as a book about electoral inclusion, but ultimately became a book about gender and politics. How did this come about in your own intellectual conception of the project?

RD: There were two things that happened at the same time as I was thinking through these problems. One was that I was generally interested in these multicultural dilemmas, namely how liberal states deal with groups that are internally illiberal. I was interested in it not so much from a political theory perspective. There has been fascinating political theory work on this topic, but I wanted to look at political parties, because they’re really the ones that have to include minority groups in politics.

At the same time, I began noticing a pattern. Whenever you saw prominent Muslim politicians—say, in the French Cabinet, or state ministers in Germany, or to some extent MPs in the UK—they tended to be disproportionately female. I found this somewhat puzzling, because in Muslim communities women aren’t in the labor force as much, they’re much more likely to stay at home, and more broadly there are certain norms that would go against this trend. I wanted to explain that, especially in light of the fact that when it comes to rallying the bloc vote and drumming up ethnic votes, those local political leaders are almost always male.

So one of the things I discovered was that when parties want to nominate minority candidates to build broad coalitions and get the support of cosmopolitan and middle-class voters, they look for people with wide appeal and whose views are in line with majority views. One challenge they face with Muslims is that they want to pick a candidate who has assimilated, who is progressive and secular. It’s hard for them to know who’s who in Muslim communities, but picking women is a safe way to achieve this. Just by virtue of running for office, a Muslim woman can signal that she’s not bound by restrictive norms of purdah, that she can interact with men well outside of her kin group. And if she doesn’t wear a headscarf, that’s another way parties and voters can understand where this person stands. A comparable male might have the same belief system, but it’s much harder to get that across.

That was one of my key discoveries: When parties seek these symbolic representatives that are meant to appeal much more to the majority population than to the Muslim population, that’s when they pick women. But when it comes to capturing a slice of the Muslim electorate and making sure Muslims turn out in great numbers, then parties are much more likely to pick candidates who are deeply embedded and highly prominent in their ethnic communities and religious institutions. These candidates are almost always men. Women are much less likely to be picked for those purposes.

DL: What about the Muslim population itself? Does it face any dilemma in seeking political relevance in the UK?

RD: Yes, not only in the UK but also elsewhere in Europe, and parties aren’t making it easier for them. Some of this relates to that dichotomy I mentioned between representatives that can build bridges, win acceptance from the majority population, and be a symbol of integration, on the one hand, and those who are embedded in the minority community, on the other. The latter are often much more in tune with minority communities, and that’s certainly the case with Muslims, but they’re less likely to be accepted by the majority.

That’s the dilemma many minority groups face; you see this with African Americans as well, for example. Whenever an African-American candidate seeks higher office, there’s always a need to build broad coalitions, and as that need gets stronger, they and other minority candidates can get further removed from their own communities. Eventually their constituents don’t see them as a true representative, even though that was supposed to be one of their functions. Muslims in Europe are in a similar situation to that of ethnic and racial minorities here in the United States.

DL: Europe’s Muslims are both socially conservative and economically quite leftist, as you point out in the book. Is there a way that they can be successfully integrated in the political systems of Europe, or will they always be outsiders, given this combination?

RD: That’s a fabulous question, because, as you say, there’s no big political party with that sort of profile. If you look at surveys, it turns out that Muslims actually tend to be more centrist on economic issues. They’re not necessarily in favor of higher taxes and more social welfare spending, and that’s true of immigrant groups elsewhere—many immigrants prize self-reliance, and many own and operate small businesses. But certainly they’re socially conservative. So you might think the Center-Right would be a good home for them because it generally runs on market-friendly economic policies and “family values” social conservatism. But, of course, the Center-Right is not too eager to overtly appeal to Muslims, because they have their own ethno-centrist base to worry about.

It is true that Muslims are more likely to be low-income, to be unemployed or economically disadvantaged than the majority population, so they should be more economically leftist than they are. I think leftist parties in Europe have done a really bad job of reaching out to them on the basis of class. I think the way forward is to build these class-based, cross-ethnic coalitions within the left. To do this they’ll need to bring the native, non-Muslim working class on board. They will also have to convince Muslim leaders, especially those of the older generation, that it’s those issues of unemployment, social spending, education and so on, that unite Muslims and non-Muslims. Those are the issues the left should be focusing on in its recruitment of the Muslim vote, rather than issues of identity and ethnic politics.

DL: That’s terrific, Rafaela, thanks so much for your thoughts.

RD: David, thank you. This was great, and we should have more conversations, and not just about my book!

Read chapter one of Dilemmas of Inclusion here.