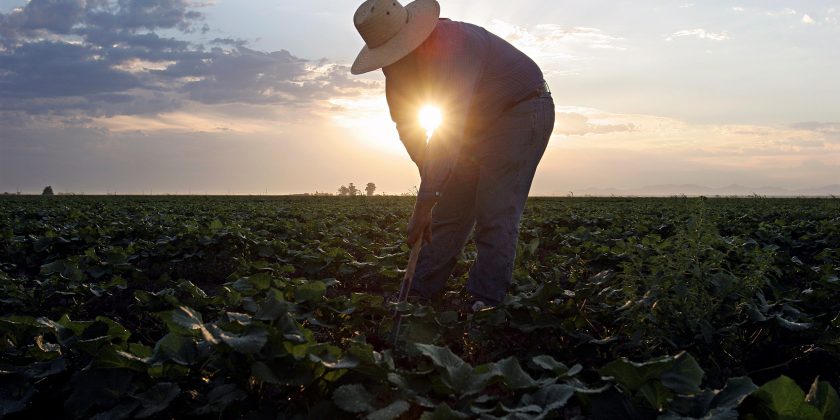 The White House wants to defend blue-collar jobs by cutting legal immigration, but there’s little evidence to support its proposals.

One reason why misinformation spreads so rapidly is that it can seem plausible at face value. While much of the fight against “fake news” and “alternative facts” focuses on outlandish or sensational claims, just as much damage can be done by quieter falsehoods that carry a veneer of common sense—for one thing, they tend to stick around much longer.

There’s a particularly unscientific claim about immigration that has been in circulation for decades and recently gained purchase with the arrival of the Trump administration: immigrants take jobs from American workers and significantly lower their wages. Those who subscribe to this view cite the basic principle of supply and demand; as Attorney General Jeff Sessions put it during his confirmation hearing, “If you bring in a larger flow of labor than we have jobs for, then it does impact adversely the wage prospects and job prospects of American citizens.”

Six months later, the idea resurfaced, this time as the motivation for new legislation that would cut legal immigration by half. Proposed by Republican Senators Tom Cotton and David Perdue and endorsed by President Trump, the law was conceived in the belief that restricting immigration will benefit blue-collar workers; “compassion” was the watchword for its advocates, who think the present immigration system harms Americans struggling to earn a living.

Look at the evidence, however, and it appears that this legislation is a kind of solution in search of a problem: the evidence suggests that there is no clear relationship between immigration and native wages. As IPL co-director Jens Hainmueller points out, the vast majority of research suggests that immigrants complement rather than substitute for native workers, and that’s true of low-skilled immigrants as well. Immigrants also tend to be more entrepreneurial than natives; research has found that they start new businesses at disproportionate rates and contribute to increases in patenting per capita.

Surveying the literature on the labor market impacts of immigration, Hainmueller explains that a key factor is “substitutability”: how closely newcomers’ education, experience, and industry match those of natives.“At low levels of substitutability,” Hainmueller writes, “immigrants in a specific education-age category have a negligible effect on the demand for similarly skilled natives while . . . increasing the demand for natives with dissimilar skills.” Given the complexities of the nation’s demographics and $18 trillion economy, rarely are immigrants and natives perfectly interchangeable in the way that would mean natives get replaced or see their wages lowered due to competition.

And immigrants don’t just consume slices of the economic pie; they often make the pie grow by generating demand or lowering the cost of certain goods and services. The theoretical models Hainmueller surveys can offer insights, but it remains difficult to isolate immigration from the many other economic forces that affect jobs and wages:

“It is . . . important to note that virtually all of the models of immigration described above are “partial” equilibrium models in that they treat capital endowments as fixed. If we consider immigration as a component in the growth of the labor supply in a dynamic model of the economy, the impact on wages over the long term will depend on the rate of capital accumulation (Bhagwati, 2002). Investors can respond to any changes in the marginal productivity of capital caused by immigration flows. Ottaviano and Peri (2012) allow that capital stocks adjust to immigration to maintain a constant real return in their closed-economy model and show that this adjustment mitigates negative impacts of immigration on wages.”

The idea that native workers need protection from immigrant competition has become a force in American politics, but there’s little evidence to support it. As a wide range of scholarship shows, the reality is both more complicated and more optimistic than the anti-immigration rhetoric suggests. If lawmakers want to leave American workers better off, drastically reducing immigration is an illogical way to start.

Eye on the News, U.S. Immigration
What’s in a Name?
The European Left’s Wary Embrace of Muslim Voters