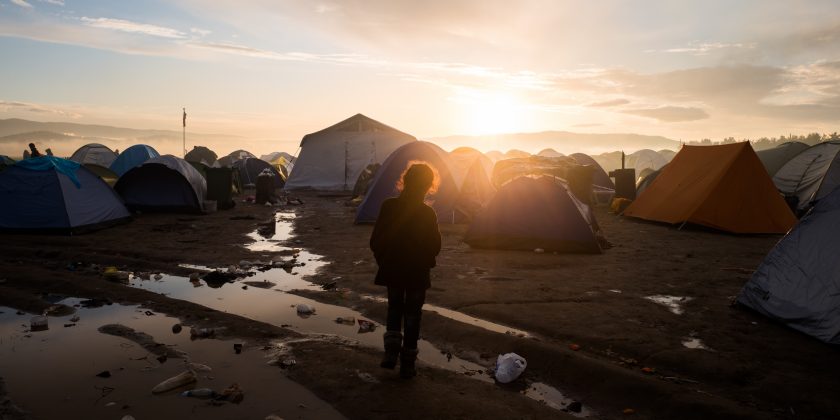 With Italy overwhelmed by surging migrant arrivals, EU member countries must overcome their “deadly paralysis” and work together, says the New York Times.

With the return of warmer weather, many more migrants again are making the crossing from Libya to Italy. In June, 11,000 reached Italian shores over the course of one week alone, and rescue crews are reporting rising numbers of fatalities. As the new arrivals strain already crowded camps and reception centers, the Italian government is pursuing dramatic revisions to EU asylum procedures, including a provision that would allow it to close its ports to foreign boats carrying migrants. Meanwhile, other EU members are refusing to participate in the continent’s plan to relocate refugees from Greece and Italy.

As a recent New York Times editorial points out, Europe “has no other option” but to forge a unified response to the crisis, because the flow of people leaving Africa in search of safety and security is projected to continue or increase for years to come. European solidarity, however, is undercut not by some external threat but by its own asylum system:

Italy has effectively been turned into a holding pen for migrants by the European Union’s Dublin Regulation, which requires asylum seekers to file their claims and await the outcome in the European country where they first arrive. Fewer than 21,000 of the 160,000 people already in Italy and Greece whom other European Union nations agreed to take in 2015 have been relocated. . . .

Europe’s migration commissioner, Dimitris Avramopoulos, [says it is] time for member countries to step up to this human crisis: “Now is the moment to deliver, and we will hold them to this.”

This call to “step up” has resounded many times since one million refugees entered Europe in 2015, but without reform of the Dublin Regulation, border countries will continue to shoulder the lion’s share of responsibility for new arrivals. EU leaders may be reluctant to push for reform, thinking it politically safest to keep their constituents insulated from the crisis. The prevailing assumption among policymakers and the press seems to be that most Europeans want to minimize the number of asylum seekers within their own country’s borders.

IPL research, however, has found that Europeans care deeply about fairness, and that large majorities would strongly support a plan to allocate refugees in proportion to each country’s capacity (as defined by population size, GDP, unemployment rate, and other factors), even if it would increase the number allocated to their own country. This principle of proportional equality is intuitive, and it resonates with people regardless of age, income, education level, or political affiliation. European leaders have yet to fully grasp its potential as the cornerstone of a successful response to the escalating refugee crisis, but the European Commission is set to consider proposals to reform the Dublin system later this year. As First Vice-President Frans Timmermans has said,

[W]e have seen during this crisis how just a few Member States were placed under incredible strain because of the shortcomings of the present system, which was not designed to deal with situations of this kind. There’s simply no way around it: whenever a Member State is overwhelmed, there must be solidarity and a fair sharing of responsibility within the EU.

As rising dissatisfaction with the status quo intensifies political conflict between member states, leaders should take note of the strong support for reform and take action.