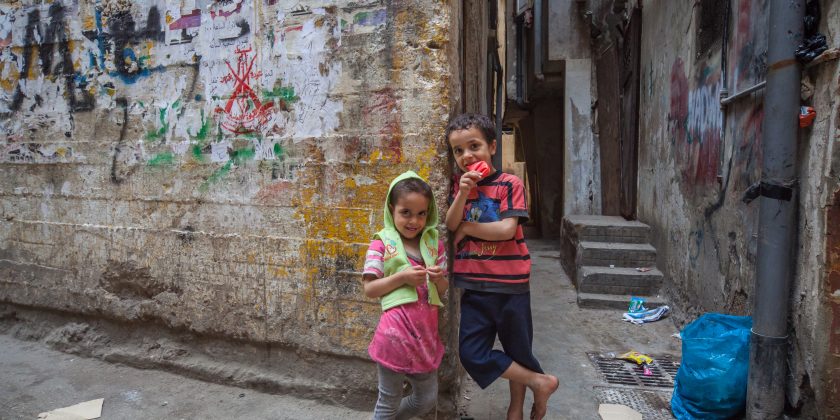 Bringing in the Outsiders

The weeks leading up to the 2016 presidential election saw many Americans hunkered down among their own political tribes, and the opposing sides seemed more polarized, hostile, and segregated than ever before. It was hardly an opportune moment, you’d think, to foster a spirit of generosity and inclusion toward members of out-groups.

For a trio of researchers, however, the divisive campaign season was a revealing time to study a question that has captivated social scientists: Can people be persuaded to abandon prejudice and adopt more inclusionary attitudes toward others? It’s a pressing question for one particular out-group, refugees, many of whom face rising hostility from their host communities.

Nearly a quarter of the world’s 22.5 million refugees are Syrian, and proposals to bring more of them to the United States drew heated criticism during the presidential election campaign. In “Engendering Empathy, Begetting Backlash”, a new entry in the Immigration Policy Lab’s Working Paper Series, co-authors Claire Adida, Adeline Lo, and Melina Platas take the measure of American attitudes toward these refugees and test methods to bend them toward inclusion.

What they found might surprise refugee advocates and others seeking to expand the U.S. refugee resettlement program.

An “empathy treatment”, which asked respondents to imagine life as a refugee, proved powerful: It not only improved attitudes but also inspired action. After answering questions about what they would do, and how they would feel, if war and persecution forced them to flee their homes, these respondents were more likely to write a letter to the future president urging support for refugees.

On the other hand, a relatively neutral message about current U.S. commitments to refugees—an “information treatment” that mirrors a common feature of advocacy campaigns—provoked backlash, with some respondents expressing less goodwill toward refugees and denouncing the survey itself. Asked to describe the purpose of the study, these critical respondents wrote answers like “to try to guilt trip people who oppose open borders and open immigration” and “Bleeding heart Liberals trying to desensitize me into believing we should take any refugees legal or other wise [sic] from anywhere. America is FULL.”

Those who seek to promote tolerance for refugees may take stock of widespread misinformation about them and understandably think the best strategy is to fight falsehoods with facts. But these findings, the researchers say, should be taken as a case for caution. Even messages that stop short of persuasion can lead people to react against the attempt to change their opinions.

Partisanship loomed large in these results. Backlash against the survey and refugee resettlement was concentrated among Republicans, while Democrats were most likely to express inclusionary attitudes toward refugees and write the letter of support. Given the stark divide between right and left, it’s striking that respondents across the ideological spectrum shared a preference for refugees who seem likely to be self-sufficient and integrate into American society—refugees, in other words, who are high-skilled, English-speaking, male, and Christian rather than Muslim. (Europeans share similar preferences, as previous IPL research has found.)

As the study authors point out, research spanning social science and psychology has long proved how easy it is to create bias and discrimination against out-groups. Can we find ways to instill tolerance instead? As anti-immigrant politics intensifies throughout the world, they write, “it is worth asking whether this trend is inevitable.”

For more details about the research and its implications, read the working paper in full.