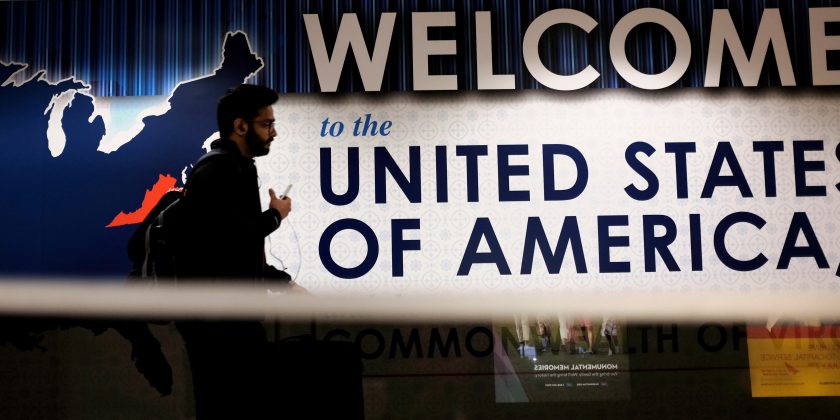 Trouble with the Law

IPL co-directors identify the fatal flaw in the Trump Administration’s executive orders on immigration: a wide gap between rationale and reality.

Immigration hawks have landed in the White House for the first time in many years, and there has been widespread uncertainty and speculation about how the new administration will translate campaign promises into action. An early answer came last month, in the form of executive orders calling for heightened immigration enforcement, the suspension of the refugee resettlement program, and a temporary ban on travel from seven Muslim-majority countries.

In the wake of the administration’s dramatic announcement, IPL co-directors took a closer look at the data surrounding refugees, Muslim immigrants, and terrorism. The facts, they say, belie the motivation for the shifts in policy.

First, David Laitin exposes the faulty reasoning behind the executive orders, which have been presented as a necessary response to the threat of terrorism. Writing in Foreign Affairs, he and his co-authors argue that undermining Muslim integration ultimately makes the country less safe:

Fear is a natural response to the threat of terrorism. But fear-based policies that target groups of people according to their religion or region of origin are counter-productive. Our own research, which explains the failed integration of Muslim immigrants in France, suggests that such policies can feed into a vicious cycle that damages national security. French Islamophobia—a response to cultural difference—has encouraged Muslim immigrants to withdraw from French society, which then feeds back into French Islamophobia, thus further exacerbating Muslims’ alienation, and so on. Indeed, the failure of French security in 2015 was likely due to police tactics that intimidated rather than welcomed the children of immigrants—an approach that makes it hard to obtain crucial information from community members about potential threats.

The same lack of evidence and research also accounts for problems with the mechanics of the orders, as well as the chaos they’ve introduced across the bureaucracies responsible for implementing them. Speaking with Insights at Stanford’s Graduate School of Business, Jens Hainmueller explains:

Take, for example, the executive order that aims to step up deportation efforts. These deportation proceedings are very complex. They must adjudicate between individuals who have legitimate asylum claims in the U.S. and those who don’t. With this executive order, the administration has really oversimplified a complex process. The immediate consequence is a dramatic extension of the logjam in immigration courts and detention centers. That’s very, very costly. I think it will leave many immigrants with legitimate claims in limbo.

Turning from law and security to the economy, Hainmueller sees the potential for serious unintended consequences:

About 40% of Forbes 500 companies were founded by immigrants or their kids. This includes many of the most successful American brands: Apple, Google, Intel. The same goes for science. At the Stanford GSB, 40% of MBAs are citizens of another country. With these policies — emphasizing a more exclusionary approach and creating a climate that’s hostile toward immigrants — you will push some of this much-needed energy out of the U.S. economy and stymie discovery and innovation going forward.

Read the full piece here. As the new orders’ effects take shape and the political fallout continues, the entire IPL team will be watching closely.