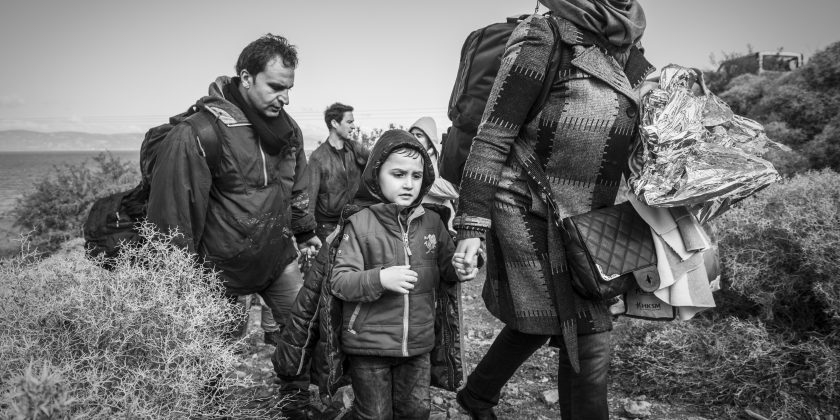 On January 25th and 27th, President Trump signed three executive orders impacting federal immigration policy. The executive orders include broad expansion of enforcement (deportation) priorities, provisions to block “sanctuary” communities from receiving federal grants, orders to begin planning and identifying funding to build a wall along the Mexican border, suspension of the refugee resettlement program for 120 days, and suspended entry for a minimum of 90 days for individuals from Iran, Iraq, Libya, Somalia, Sudan, Syria, and Yemen.

The executive orders have been met with condemnation from a wide range of politicians, organizations, and religious and business leaders, as well as deep concern from Stanford’s leadership, and have sparked protests at airports across the United States.

Based on the current administration’s public statements and language in the orders themselves, the orders appear to be premised on two false assumptions: immigrants commit crimes at high rates, and refugees pose a major security threat to the United States, even after going through the current, rigorous vetting process. Below you will find basic information regarding what is known about immigrants and crime and current refugee vetting procedures, as well as refugees and fatal terrorist acts.

Do immigrants commit crimes at high rates? No.

Although there is limited data on immigrant criminality, especially among the undocumented population, the available evidence suggests that immigrants are much less likely to commit crimes than native-born citizens, and areas with high levels of immigration are associated with reduced violent crime. There are certainly exceptions, but the literature is almost uniformly in agreement that immigration does not increase crime and, if anything, has the opposite effect (that is, it makes communities safer).

Is there already a rigorous refugee screening process? Yes.

Refugees are the most thoroughly vetted immigrants who enter the United States. Here is a quick video explaining the current (pre-executive order) vetting process, which involves four biographic and three biometric screenings. Details on the new “extreme” vetting procedure have not yet been provided.

Under the current refugee screening procedures, how many fatal refugee terrorist attacks have there been in the United States? Zero.

Based on available data, since the Refugee Act of 1980, when the current screening procedures were put into place, there have been no fatal terrorist acts in the United States carried out by refugees.

Eye on the News
Trouble with the Law