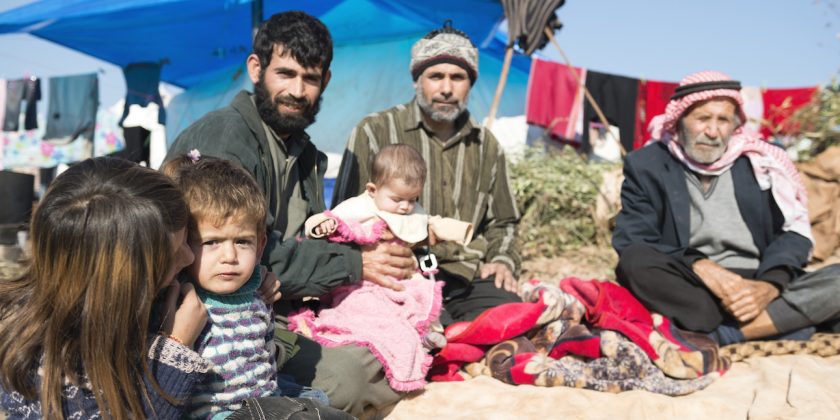 How Do Refugees Decide Whether to Return Home?

In a survey of 3,000 Syrian refugees in Lebanon, most say they want to return home but think it’s too soon—even if life is very difficult where they are.

More than 5.6 million Syrians have fled their country since civil war broke out in 2011. With the Syrian regime retaking control, some regional governments hosting large numbers of Syrians are taking steps to encourage them to return home. In a new policy brief, IPL researchers explain why it’s important to include Syrian refugees’ perspectives in these preparations:

With a lack of effective policy responses, the international community often relies on the presumption that refugees will eventually return home as an expected solution to displacement. However, we know very little about when and why refugees return home. Understanding intentions is not just about preparing for the eventuality of return, but also having the evidence necessary to plan for long-term refugee responses, advocacy, and policy.

With support from Innovations for Poverty Action’s Peace & Recovery Program, the IPL team surveyed 3,000 Syrian refugees in Lebanon, where they make up about one sixth of the country’s population. The survey measured the influence of “pull factors” in Syria (such as safety, economic prospects, and networks of friends and family) against the “push factors” in Lebanon (for example, limited access to services and hostility from Lebanese authorities).

Syrians for whom “pull factors” in Syria were stronger were more likely to be planning to return in the short term:

Specifically, an increase in perceptions about safety, economic well-being, and service provisions in Syrians’ places of origin was correlated with an increase in return intentions in the next 12 months. Similarly, Syrians who reported that many in their networks of family and friends stayed or returned to Syria were more likely to say they want to go back in the next 12 months. The results also showed that higher levels of Syrian government control in people’s town or city of origin was correlated with a decrease in Syrians’ intention to return.

Meanwhile, “push factors” were not as influential. People who were worse off in Lebanon were no more likely to say they would return home than those who were relatively better off.

The results indicate that efforts to push Syrians out of the host country are unlikely to be effective as long as there is little change on the ground in Syria. Even refugees facing significant hardship in Lebanon would not want to go home as long as local conditions in their places of origin remain unsuitable.

As for implications for the humanitarian community, the IPL team sees a clear call to action:

Many refugees live in difficult situations in Lebanon and other host countries and will continue to do so for the foreseeable future. As such, the humanitarian community needs to maintain its involvement in supporting refugees in the host countries, including around legal status, access to services, and labor-market opportunities.