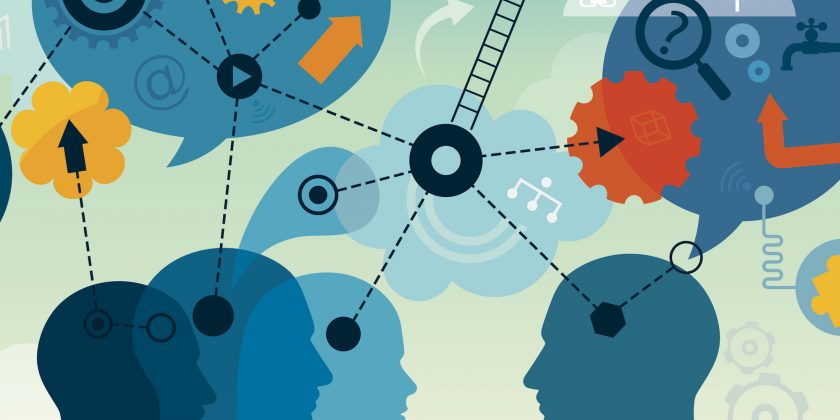 IPL executive director Duncan Lawrence talks with graduate fellow Mashail Malik about the ups and downs of her journey from Pakistan to the United States for college, her research on violence and identity politics, and what data and lived experience have taught her about human resilience.

Listen to the full conversation or read through the highlights below.

Duncan Lawrence: Mashail, I hear you have an upcoming trip. Where are you going? 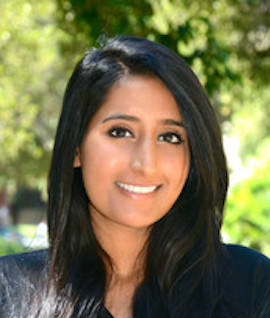 Mashail Malik: I’m going to New Jersey and then to Virginia for my cousin’s wedding. It’s close to the Newark airport, but I’m not exactly sure where.

DL: The Meadowlands area? An area that’s beautiful and produces all of the country’s chemicals—

MM: —and where all the brown immigrants live, for the most part.

DL: You travel a fair amount. What’s your most frequent destination?

MM: Karachi or Islamabad, where I grew up.

DL: So for those of us who don’t know what Islamabad or Pakistan is like, can you describe a memory from your childhood, something you think is typical of the place where you grew up?

MM: Islamabad has urbanized a lot since I left, but I think a typical scene would be driving along Margalla road—it’s named after the Margalla hills, which frame one side of the city. They’re beautiful and usually partially covered by fog. Today there’s a lot of pollution, and it’s not the same.

DL: Has Islamabad’s urbanization progressed in sort of a sprawl fashion, like many urban areas across the world?

MM: It has, but not to the extent of a place like Karachi. It’s still one of the smaller cities in Pakistan.

DL: And what drove Karachi’s growth, while Islamabad didn’t move along as quickly?

MM: Karachi was always the bigger city, and it has a lot of industry. It has a lot of rural-to-urban migration among people looking for jobs in transportation or manufacturing, and that’s not really available in Islamabad.

DL: What does life look like for your family there?

MM: My dad is a farmer. He used to work for the World Bank, but now he’s retired and farms full time. The farm is near the village where he was born, and he spends most of his time there, two or three hours away from Islamabad. For him, a typical day is getting up at dawn, tending to the fields, managing the workers, and then coming back home. My mom used to be a civil servant, and she was really busy when we were growing up. Now she’s retired and takes care of the house, for the most part.

DL: Does she enjoy the farming life, or is that more your father’s passion?

MM: My mom is a city girl at heart, so she still spends most of her time in Islamabad. She grew up in Lahore, a large city. My dad grew up in a small village, so they have very different reference points.

DL: I think that as people get older, they return to those places of their childhood in some ways. What does your father grow?

MM: Lots of different things, but he’s most proud of the citrus: oranges and lemons.

DL: That sounds delightful—I can picture you wandering around the orchards back home, picking fresh citrus and perfectly content. I wonder, what was it like to decide to leave home? America is often defined by uplifting stories of immigrants coming into the country and bringing their talents, but I think that narrative leaves out how difficult it can be for people to leave their home and families behind. Taking that leap is not a light decision.

MM: Well, it wasn’t really my decision. It was my mom’s. She brought us up with the goal that we would get the best education we possibly could, and we were always pushed to do really well in school, because merit scholarships were really the only way to pay for a U.S. education.

I got full scholarships at the University of Toronto and Beloit, a small liberal arts school in Wisconsin, so the only decision I made was between those two schools. But I could not have decided to stay in Pakistan. And that’s what I wanted to do—to stay in Pakistan with all my friends.

I chose Beloit because I thought, if I’m being forced to leave, I might as well go to the place that’s most different from home. I really regretted that for a couple years. I vividly remember being on the airplane on the way to the U.S., feeling trapped and wanting to turn the plane around. I landed in Wisconsin, and everyone was white. I was one of only four Muslims on campus, and the only Pakistani all four years.

It was the best decision in the long run, and I’m so happy my mom made me go. But it was really tough.

DL: What did you rely on to get through that experience?

MM: Mostly, I just worked all the time. I had two majors and a minor, and I mostly just holed up and did the best I could to get the next scholarship. Undergrad was a very solitary time.

I think I realized a few years in that I was holding back from making friends because I expected, based on some bad experiences in the beginning, that people wouldn’t understand me. At graduation, I looked around at everyone and realized that I had missed out, keeping to myself and being afraid. So in graduate school I pushed myself to get to know people.

DL: It’s great to learn more about that side of you—since now you are such a social, gregarious person, it’s a side I don’t see often.

Going back to that tense moment on the airplane, was that your first time traveling to the United States?

MM: I had actually come over several times before, to visit family who had immigrated. But I had never spoken to a white person before that trip to start college. It was a great experience, but I remember having very different cultural expectations of how people would behave. For example, when I got to campus, I had two suitcases, and no one offered to help me take them up the flight of stairs. In Pakistan, if a woman is struggling with a suitcase, ten men will descend to help her.

Sharing was another one—people in Pakistan are very open about sharing food and other things and aren’t particular about money. In the United States people are more likely to keep tabs on that stuff, which I still haven’t really gotten used to.

DL: One big cultural difference I’ve observed in my travels is whether people line up to wait for things and how they behave when standing in a line. Does that ring true for you?

MM: Absolutely, and on that cultural dimension, the United States has it right! As I’ve spent more time here, I’ve become less accustomed to the way people behave in lines back in Pakistan. I even see Pakistanis change their behavior in lines depending on which country they are in. Your institutional context and norms matter.

MM: I knew from the beginning that I wanted to be in a profession that allowed me to read and write a lot. So a PhD was always in my vision for the future, but I thought it would be in philosophy, which was my favorite subject.

But then my dad was almost killed in a suicide bombing in Pakistan in 2009, when I was a sophomore. I became interested in violence: why is it used for political ends, and why do people join militant groups? I felt like I had a responsibility to pay attention to the “real world” rather than spend all my time thinking about philosophical issues. So to study violence in depth, I got a Master’s in international relations and then started a PhD program in political science.

DL: So you had this very personal, traumatic experience that drove your interest in a particular research area. Does that ordeal still inform the work you are doing now?

MM: For a long time, it did. The focus on violence guided the work I did in my Master’s program, in my subsequent work for the Chicago Project on Security and Terrorism, and in the choice to do PhD research in Karachi, which is a very violent place. But when I got there, I saw that there was so much more to people’s lives, and I started paying attention to other things as well.

For example, one big lesson from my research is that anger is not a useful political emotion. I’ve studied the reasons why people vote for co-ethnics and why they care so much about descriptive representation. A lot of people want to see someone in office who looks like them and has had many of the same experiences as them. And I’ve found that this can be a dangerous thing if it becomes too important for the way people vote and evaluate their political representatives. Over time, politicians take those votes for granted. They may represent you on symbolic issues, but they’re really more focused on bread-and-butter issues, and those are the things they should be delivering on.

DL: How do you think people come to absorb the reality that violence is part of their world but not let it dominate every aspect of life?

MM: It’s an extraordinary thing about human beings, that we can get used to just about anything fairly quickly. You accept the chaos and then go on with your daily life. In Karachi, where ethnic and criminal violence were both very high, people learned which places to avoid and what times not to leave their homes, and let fate decide the rest.

DL: It’s amazing how humans can adapt and survive under really tough conditions. If you could put one message from your research on a billboard, would that be it?

MM: My dissertation is about identity and identity politics, and if I could reach a general audience through a billboard I’d want it to tell them, “Your identity will change.” That’s what I’ve learned, not just through the dissertation but also through life experience. What I’ve found in my data is that people’s sense of self really changes with their social environment and how other people treat them. If that treatment is determined by their ethnicity, they will identify more strongly with their ethnicity. So that’s what I’d say on my billboard: “Wait for things to change, because they will.”

DL: Mashail, it’s been a pleasure speaking with you. Thank you.

MM: And thanks for having me.